During the last century medicine and psychiatry gradually changed their approach to psychological problems from infinitely variable expressions of intolerable feelings and relationships to a brain-disease model of “disorders”. The first system to diagnose psychiatric problems, the American Psychiatric Association’s Diagnostic and Statistical Manual of Mental Disorders (DSM) was published in 1952.

The theory that mental illness is caused primarily by chemical imbalances in the brain that can be corrected by specific drugs has become broadly accepted, by the media and the public as well as by the medical profession. In the NHS drugs have displaced therapy and enabled patients to suppress their problems without addressing the underlying issues. Antidepressants can make all the difference in helping with day-to-day functioning, and if it comes to a choice between taking a sleeping pill and drinking yourself into a stupor every night to get a few hours of sleep, there is no question which is preferable. For people who are exhausted from trying to make it on their own, medications can bring life-saving relief. Mainstream medicine is firmly committed to a better life through chemistry, and the fact that we can change our own physiology and inner equilibrium by means other than drugs is rarely considered. But being a patient, rather than a participant in their healing process, separates suffering people from their communities and alienates them from an inner sense of self.

Many trauma survivors receive different unrelated diagnoses during their psychiatric treatment. If their doctors focus on their mood swings, they will be identified as bipolar and prescribed lithium or valproate. If the professionals are most impressed with their despair, they will be told they are suffering from major depression and given antidepressants. If the doctors focus on their restlessness and lack of attention, they may be categorized as ADHD and treated with Ritalin or other stimulants. If a trauma history is taken, and they volunteer the relevant information, they might receive the diagnosis of PTSD. None of these diagnoses will be completely off the mark, but none of them will meaningfully describe who the individual is and what they suffer from. All too often diagnoses are tallies of symptoms, leaving traumatised individuals to be viewed as out-of-control people who need to be “cured” or “managed”. Psychiatry aspires to define mental illness as precisely as, for example, cancer of the liver. However, given the complexity of the brain and human attachment systems, that sort of precision is neither possible nor helpful.

During the revision of the fourth DSM there was a recommendation approved by many eminent psychiatrists to include a new diagnosis of Developmental Trauma Disorder for children with a consistent profile: a pervasive pattern of dysregulation, problems with attention and concentration, and, difficulties getting along with themselves and others. This would firmly locate the origin of their problems in a combination of trauma and compromised attachment. Unfortunately, when the DSM-IV was published in 1994 this diagnosis did not appear in the final product. This meant that large numbers of patients could not be accurately diagnosed and that clinicians and researchers were unable to scientifically develop appropriate treatments for them. You cannot develop a treatment for a condition that does not exist. Not having a diagnosis now confronts health professionals with a dilemma: how to treat people who are coping with the fall-out of trauma when they are forced to diagnose them with depression, panic disorder, bipolar illness, or borderline personality, which do not really address what they are coping with?

The situation was further exacerbated when DSM-V was published in 2013. It included some three hundred disorders offering many possible labels for the problems associated with severe early-life trauma, including some new ones such as Non-suicidal Self Injury, Intermittent Explosive Disorder, Dysregulated Social Engagement Disorder, and Disruptive Impulse Control Disorder. Children who are often shut down, suspicious or aggressive may now receive diagnoses such as “Oppositional Defiant Disorder,” meaning “this child hates me and won’t do anything I tell him to do”, or “Disruptive Mood Dysregulation Disorder”, meaning “he has temper tantrums”. I believe that with DSM-V psychiatry sadly regressed to early-nineteenth-century medical practice. Even though we know the origin of many of the problems it identifies, its diagnoses describe surface phenomena that ignore the underlying causes. Many individuals have been given four, five, six, or more of these labels. If they receive treatment at all, they get whatever is being currently promoted as the method of management: medications, behavioural modification, or exposure therapy. These rarely work and often cause more damage.

In 2018 the British Psychological Society (BPS) published the Power Threat Meaning (PTM) Framework which offers a new perspective on why people experience mental distress. They cite widespread acknowledgement that current classification systems like DSM-V are fundamentally flawed and have produced the PTM Framework to develop an approach which incorporates social, psychological and biological factors. It draws on a variety of models, practices and philosophies and offers a fundamentally different perspective on the origins, experience and expression of emotional distress, aiming to move beyond medicalisation and diagnostic assumptions to support people to create hopeful narratives about their lives and difficulties, rather than feeling mentally ill, deficient, blameworthy, and weak. It clarifies links between social factors (poverty, discrimination, inequality) and traumas (abuse, violence) and the resulting emotional distress (confusion, fear, despair, troubled or troubling behaviour) and shows why even those without a history of trauma and adversity can find it challenging to feel their self-worth.

It summarises evidence about the role of power in our lives, the threats posed by the misuse of power and the ways we learn to respond to those threats and posits that what psychiatry refers to as symptoms of mental illness (biological deficits) are in fact threat response patterns (strategies for self-protection) which may have outlived their usefulness. It goes on to explain that we have almost infinite ways to respond to adversity and threat, hence it is not relevant to identify universal disease or condition causing pathways, nor to devise standard interventions linked to specific expressions of distress. Rather, response patterns arise from and are co-created within developmental and relational contexts and can be healed through the co-creation of personal meaning in relationships.

The PTM Framework resonates strongly with me and summarises my understanding of what influences personality development, what goes wrong when problems arise, and how counselling can help. I don’t aim to know what’s wrong with my clients, rather what their story is: what happened to them, how it affected them, what sense they made of it, what they had to do to survive, and what their strengths are. I encourage clients to consider their choices, gently challenging them to explore whether they make sense to them and are informed, taking care not to judge their values or impose my values on them.

Our neural connections are vitally important for understanding human suffering, but it is important not to ignore the foundations of our humanity: relationships and interactions that shape us when we are young and that give substance and meaning to our entire lives: social support is a biological necessity, not an option, and this reality should be the backbone of all prevention and treatment.

I offer a free initial telephone conversation, giving you as much time and space as you need to consider whether you’d like to come and meet me. 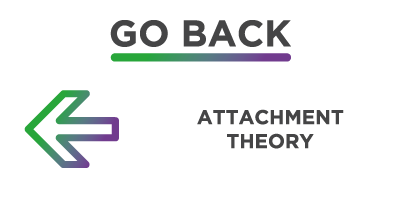 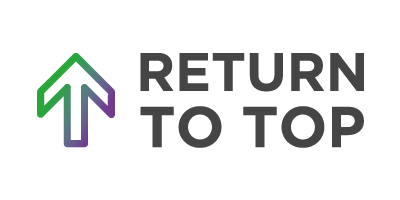 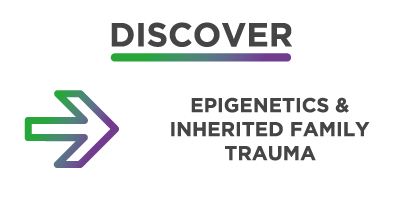 RIGHT HERE WITH YOU

We are trading though with extra safety precautions. Please call if you need more information.